Green River was one of the few towns along the Union Pacific that existed before the railroad arrived. The Green River, which flows nearby, served as a waterway for the "tie hacks" that cut timber in the mountains, floated the logs down, then shaped them into rail ties at the town of Green River. When the railroad finally arrived, there was a city of 2,000 and an Overland Stage crossing a couple of miles downstream.

Trona is the natural ore from which the basic industrial chemical, soda ash, comes. Soda ash is used in the production of glass products, detergents and baking soda. The soda plants now operate to produce two-thirds of the world's supply of soda ash.

As one travels east along Interstate 80, the wide open spaces of southwestern Wyoming are suddenly interrupted by a series of multi-colored buttes, carved over time by the Green River. The varied sizes, shapes, and shades of the eroding strata provide a majestic setting for the town. 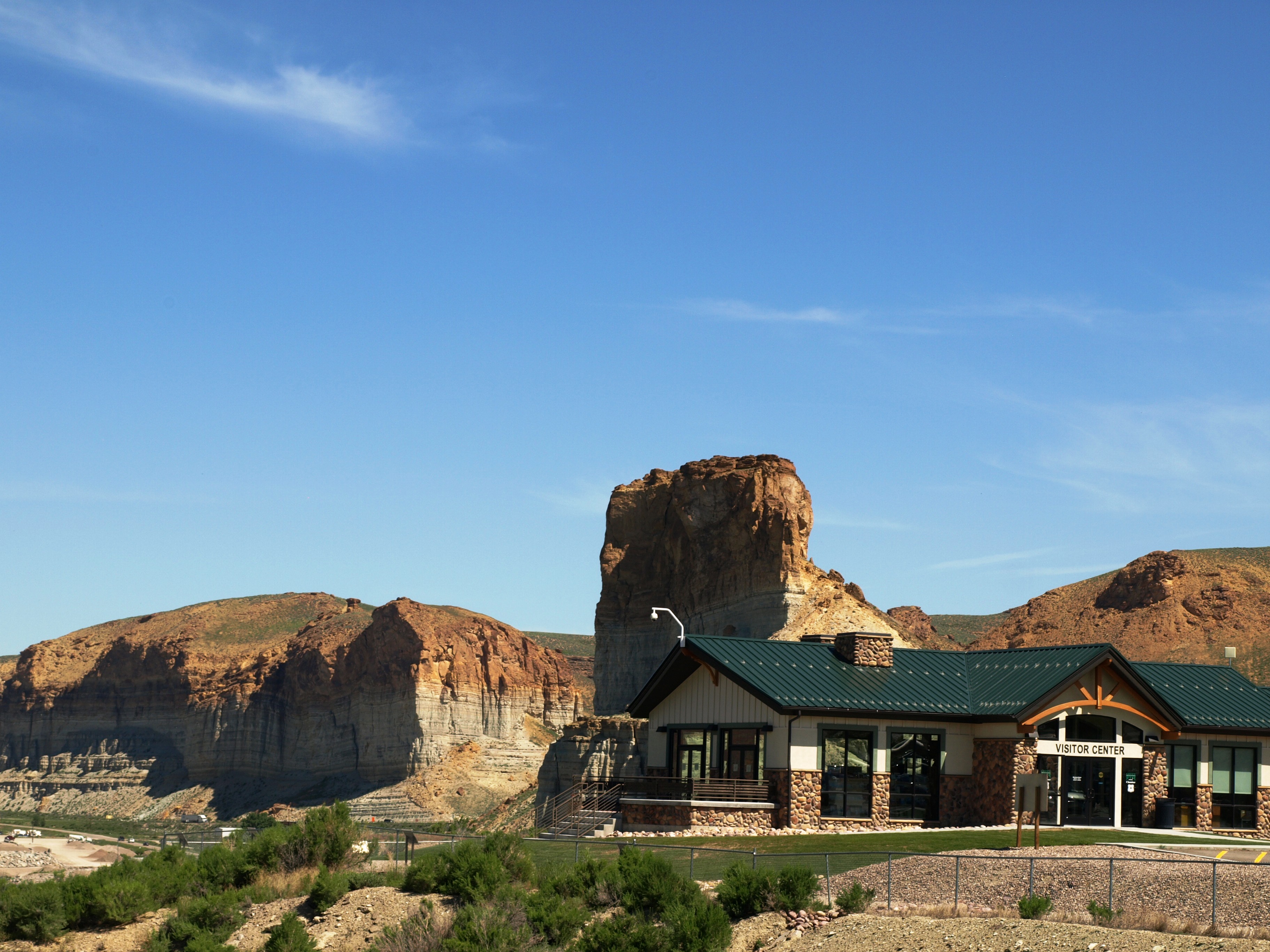 Incorporated in 1868, in what was then Dakota Territory and named for the swift flowing greenish river that course through town, the city has a long and varied history. Native Americans, indigenous animals (antelope, buffalo, deer, etc.), mountain men, pioneers, ranchers, railroad people, and miners have all left their footprints and their legacies in Green River. It was from Green River that John Wesley Powell started his famous explorations of the Green River, Colorado River, and Grand Canyon in the late 1800’s.

The place he started from is now a great public park, with a walking path, splash park and historical interpretive signage. Today, Green River’s population is approximately 12,000. The railroad is still a major presence. Mining, particularly of Trona, is the major industry in the area. The town is the west entrance to the popular Pilot Butte Wild Horse Loop Tour. Even with the Interstate, the railroad, and other trappings of modern society, the city continues to sit at the crossroads of the west—a timeless, peaceful place.

The site where the Sweetwater County Library now stands was once a city cemetery. In 1926, the bodies and grave markers were moved to make way for a park. The library was built in 1978; since 1985, many unexplained occurrences have been reported. A "ghost log" has since been established to record the library's mysterious phenomena, from whispered names, doors opening and closing and office machines turning on and off to the sounds of crumpling paper and rattling keys in empty rooms.