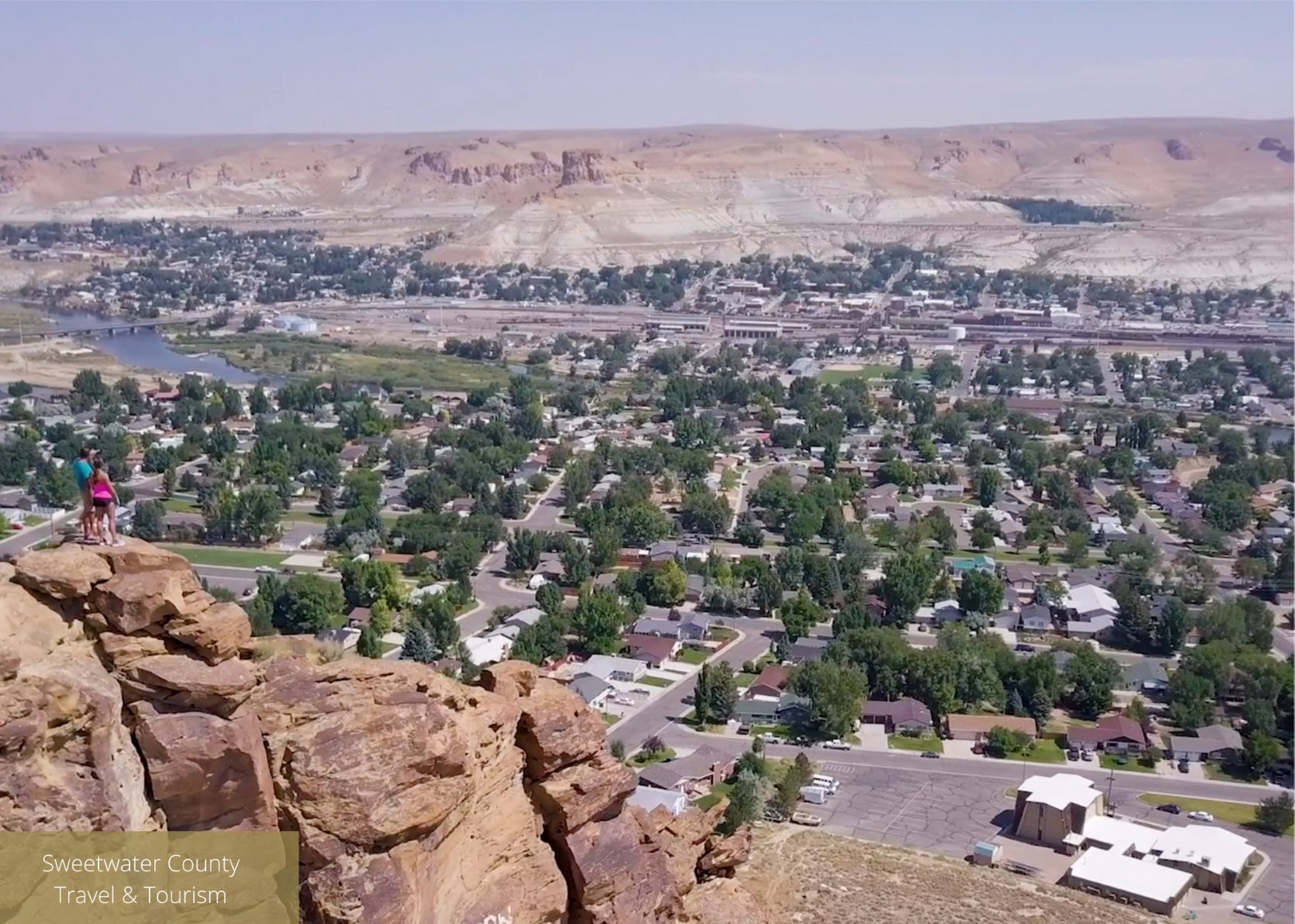 We are so excited that you are looking to move to Green River, Wyoming. We call this our "The little slice of heaven in the southwestern corner of Wyoming." Please use this page as your information guide to find all that you need for information about moving to Green River. If you aren't finding the answers you seek, please give us a call at 307.875.5711 or email us at pr@grchamber.com we would love to help you make the fantastic decision to move to our beautiful city!

Believe it or not, our beautiful city of Green River started out as a small mail merge station for Overland Mail Co. in 1862.

Once known as "Adobe Town," the land that would soon be "Green River," was purchased by three businessmen S.I. Field, H.M. Hook, and James Moore, as they had knowledge that the Union Pacific Railroad was planning to build tracks through town.

In 1868, Union Pacific lied down tracks in Green River, incorporated the town, but Union Pacific didn't build a railroad stop here, taking away the idea the three had of a prosperous community. Instead Union Pacific built the UP Headquarters and switching station in Bryan, Wyoming. It would be another four long years before Green River would become the city it is today.

In 1872, the Black's Fork River dried up in Bryan, Wyoming, driving residents to look for a better place to live. UP negotiated with the three businessmen, and ended up placing the UP Headquarters, roundhouse, and machine shops in Green River.

Fast forward to today and you will still see this rich history in our town. The railroad lines still run through town, and the train horns can be heard anywhere in town.

Green River has many exciting festivals throughout the year, delicious restaurants, lots of outdoor activities, a kind community, and a small town feel with big city commodities.

Now known for the largest Trona field in the world, the mine's are amongst the major employers here. Trona is the natural ore from which the basic chemical, soda ash, comes. Soda ash is used in making glass products, detergents, and baking soda. our soda plants now produce two-thirds of the world's supply of soda ash.

Green River, Wyoming's estimated population is 12,500 according to the most recent United States census estimates, making us the 7th largest Wyoming city.

We are on Mountain Standard Time, and follow Daylight Savings each year in the fall.

Our Higher Education school is Western Wyoming Community College/Green River Center #1 located on College Way, Green River, WY. The GRC can be reached at 307.875.2278. The Green River Center is located off Upland Way overlooking Green River. Not only does it offer Western Wyoming Community College courses to college and high school students, it houses the College's Community Education and Workforce Development departments and hots a variety of community events on a regular basis. You can reserve the GRC for your own event or meeting.

Green River has a medical facility, ambulance service, and a nursing home.